News
Sept. 21, 2022
Extreme cold, with temperatures around minus 25 degrees, isolation and adverse conditions - a very different context from the day-to-day routine. It was at the gates of Antarctica, in one of the most remote places on Earth, that Enkrott carried out one of the most emblematic international projects of the company throughout its 60 years of activity. 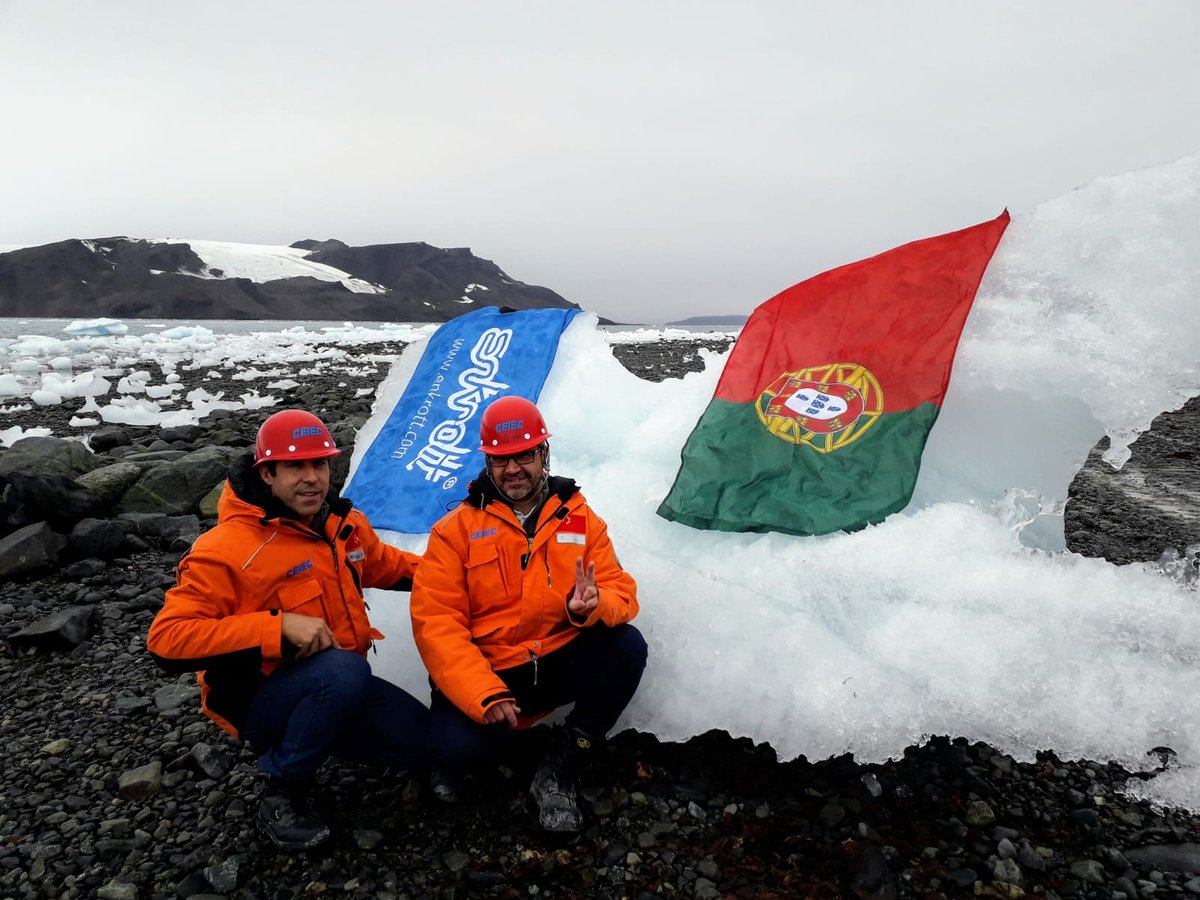 “It was an unforgettable project for those who collaborated on it, very enriching, but at the same time extremely demanding from a technical and human point of view”. The words are from the International Business Manager of Enkrott, Jorge Taboada, who, together with another member of the company, spent a total of almost two months in the scientific research centre “Estação Comandante Ferraz” (in addition to two weeks of travel at sea), to install a water treatment system there.

Given the difficult conditions in which it was carried out, the “Antarctica Project” reveals the technological know-how of this company that integrates the Bondalti group in various aspects and its ability to respond to the most demanding challenges.

Enkrott's intervention began in 2013, when, in partnership, developed the engineering for the station's water treatment system, after it had suffered a violent fire in 2012. In 2017, Enkrott was hired by a Chinese company, which meanwhile was in charge of the reconstruction. The Portuguese company was in charge of the engineering, construction and start-up of the system, intended for the supply of water for human consumption, laboratories and other uses. The station accommodates a maximum of 64 people during long seasons, including researchers from various parts of the world, requiring sufficient availability of treated water for the entire year.

The water is captured in two lakes close to the facilities and in the sea, at a minimum of 5 ºC. For this purpose, treatment systems were installed suited to the different characteristics of the water sources - fresh and salt -, using reverse osmosis, multimedia filtration and disinfection technologies. In total, the system allows the production of up to 20 mᶟ/day of potable water, which, after being used, is treated and discharged into the sea.

In order to study the local climate and environment, the “Estação Comandante Ferraz” works under the Brazilian Antarctic Program (Proantar) and is located on King George Island, in the Antarctic Glacial Ocean, 850 km from South America. The average air temperature is minus 2.8 ºC, oscillating between 14 ºC and minus 28 ºC, and the wind can reach about 200 km/h.

Maintenance of the water treatment system is currently provided by resident Brazilian military personnel, with remote technical support from Enkrott. “Taking into account the difficult and time-consuming access, as well as the adverse weather conditions of the place where it is located, many of the components were installed in redundancy, that is, in duplicate, in order to ensure high robustness and reliability”, adds Jorge Taboada.

Enkrott, Gestão e Tratamento de Águas, S.A. uses proprietary and third-party cookies to manage the proper functioning of the website and for analytical purposes. You may customise your preferences by clicking on the Edit button. For more information, please access our Cookie Policy.